VerticalResponse
Posted by BlogAdmin at 10:28 PM No comments:

Launch of Marvellous Mangroves in Suriname 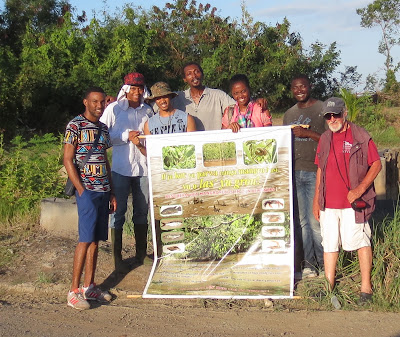 More than 40 teachers and students from regional schools came together in Coronie last week to launch the Suriname adaptation of the Mangrove Action Project’s Marvellous Mangroves curriculum-based Teachers’ Resource Guide.  They were joined by gamekeepers from Nickerie as well as students from the Herbarium at Antom De Kom University and Eco-Tour Guides based in Paramaribo. 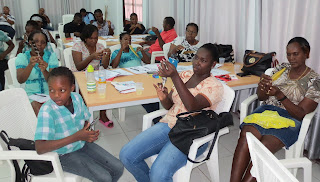 Led by MAP’s education director, Martin Keeley, and CORE’s director Loes Trustfull, participants spent of their time learning how to deliver simple and practical hands-on activities to their students and communities which give students a basic understanding of the science behind mangrove ecology.

The activities were selected from MAP’s Marvellous Mangroves of Suriname, a 350-page teachers curriculum-based resource guide developed initially by Mr. Keeley for the Cayman Islands, which has been adapted and translated for use in thirteen countries worldwide. 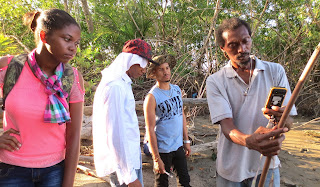 “ Each of the hands-on activities uses simple items found in every household which cost little – if any – money. This makes it easier for teachers to use the materials when demonstrating to students basic scientific and ecological principles,” explains Mr. Keeley. “The theory behind the activities is explained in easy-to-teach terms, and the curriculum contains many illustrations that reinforce both theory and hands-on activities.” 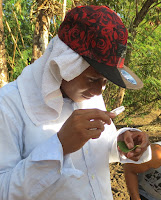 Participants put what they had learned ”in class” into practice during a field trip following the two days of theory and activties. At the same time they conducted on-site wáter quality tests and analysed collected samples microscopically back in the training centre.

The teachers agreed that the workshop was extremely useful to learn more about mangroves. All said they would use the materials in their clases, and those from other districts requested workshops be held in different locations.

Some comments from different teachers: 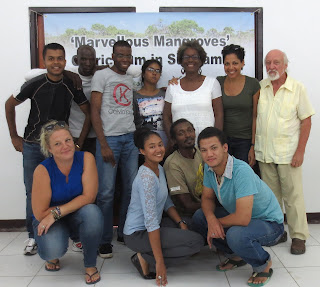 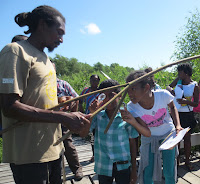 “I learned how to opérate a microscope and saw a whole lot of life that can be found in a little drop of wáter,” said a grade three teacher.

One sixth grade teacher commented: “I found the activities very educational, and learned a lot - especially about the mangrove species in Coronie as well as birds and their feathers”

Following the workshop Mr. Keeley presented a light-source microscope to Bryan Creton and Edmund Ritfeld from the Mangrove Education Centre in Coronie.  The microscope will be used for working with schools that visit the centre. 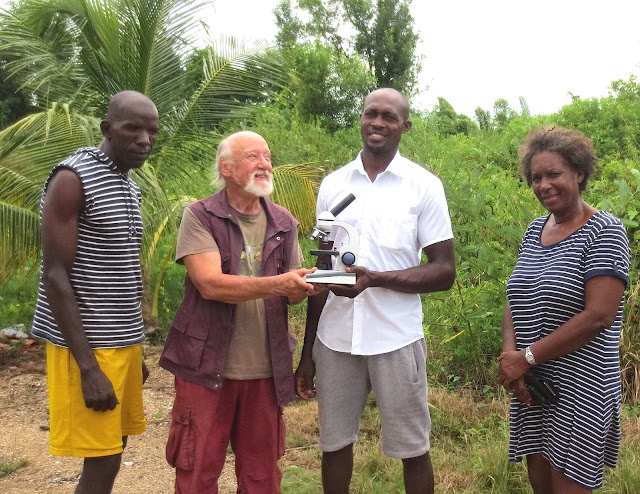 Posted by BlogAdmin at 10:45 AM No comments: 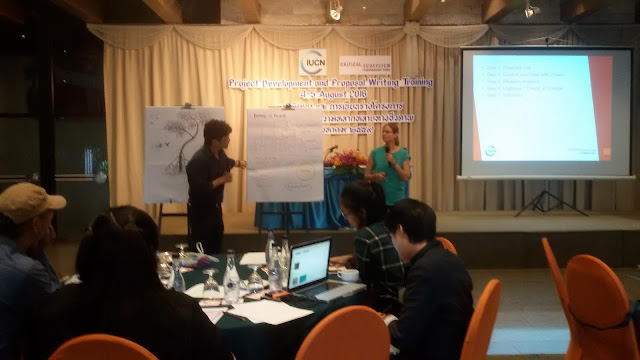 CEPF is designed to safeguard Earth’s biologically richest and most threatened regions, known as biodiversity hotspots. The Indo-Burma Hotspot comprises all non-marine parts of Cambodia, Lao PDR, Myanmar, Thailand and Vietnam, plus parts of southern China. The workshop objective was to building capacity for Civil Society Organisations (CSOs) on project development and implementation. 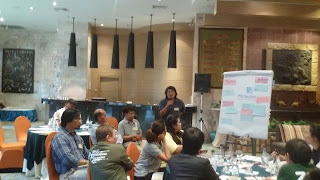 There were 30 participants from CSOs from all regions of Thailand including the local and international NGOs. The workshop focused on the CEPF strategy, eligible strategic directions and how to prepare a successful Letter of Inquiry (LOI) as well as presentations from CEPF grantees from previous years.

This was a good opportunity for MAP staff to learn how to develop proposal successfully and meet with the grants requirement. The basic step in project proposal development shared at the workshop was understanding of Log Frame goals.

Finally, this opportunity provided motivation on grant writing. I’ve learned more about writing in a clear and concise manner. This workshop will also help support networking between organizations working in the environmental field and the result has certainly built capacity on proposal writing skills.
Posted by BlogAdmin at 9:04 PM No comments:

VerticalResponse
Posted by BlogAdmin at 10:36 PM No comments: