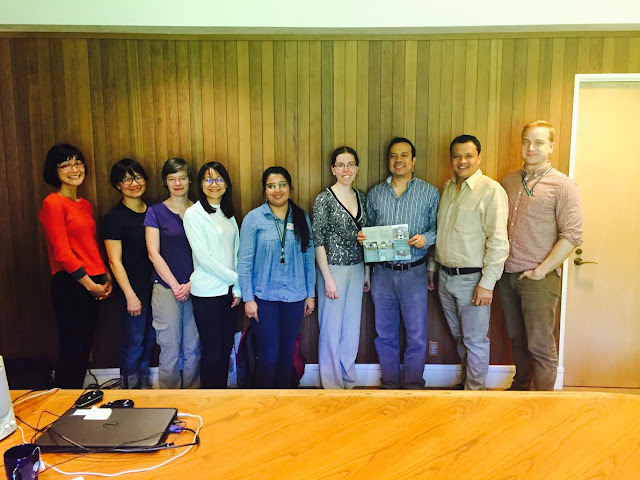 It was such a delight to have over presenting on Monday to the fellows. You set the tone for the fellows to understand the importance of mangrove forests around the world and how each one of us plays a role in conserving them.

I wanted to share with you what the fellows told me they learned from you:

1.       What were the primary lessons you learned from this speaker?
·         Importance of Mangroves and what their organization is doing to save degradation of mangroves
·         Political and government support must go parallel with the community initiatives
·         How one of the international NGO is working
·         Significance of Mangrove in livelihood of coastal people. Role of mangrove forest and coastal ecosystem for mitigating climate change effect. Relationship of shrimp farming and degradation of mangrove forest.

2.       What component of this lecture can you relate to your research?
·         Community participation in forest fire management.
·         How they communicate with other partners.
·         It is an international non-profit. Also India has many mangroves which are under threat. I could take some important lessons about mangroves

3.       What was the highlight of the lecture for you?
·         I didn’t know that shrimp aquaculture was the major reason for mangrove degradation
·         It is good to know about MAP's efforts in engaging with big buyers/ restaurants to control the consumption of unsustainable shrimps.
·         learning about the ecology of mangroves
·         Mangrove forest as carbon rich and productive forest and playing role to mitigate effect of tsunami in coastal area.

We really learned a lot!!

We will keep you posted on the fellows projects developments. People like you make the fellowship program a success.

Have a great weekend,

Mangrove Action Project
Posted by BlogAdmin at 11:26 PM No comments:

Mangrove Action Project
Posted by BlogAdmin at 10:50 PM No comments: