Dear reader: We attempted to include the following story in our newsletter, but the service we use for mass emails blocked it due to the missing SSL certificate on the fao.org's website. We are recreating the page here to use our own SSL ceritifcate and apologize to the FAO for the redirect. We felt this story was important to share. To find the original story please visit  http://www.fao.org/fao-stories/article/en/c/1318734/ 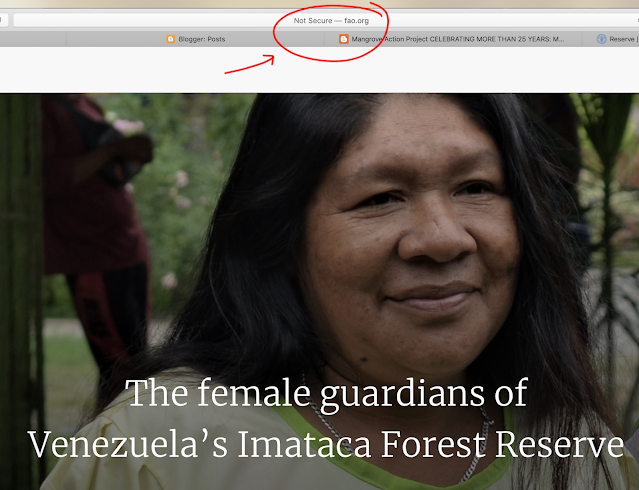 Cecilia Rivas (middle) is the ‘captain’ of the Kariña community, leading a restoration project in their native Imataca Forest Reserve. ©FAO/Jesús Contreras

It is around five in the morning, and the Imataca Forest Reserve is stirring with the voices of Kariña women. They advance towards the middle of the jungle, bound for the Botanamo river to gather the day’s water. Then, these indigenous women will prepare “casabe”, a circular tortilla made from cassava flour, to accompany what other members of the tribe have brought in from the hunt. After breakfast they turn to their main task of the day: managing and conserving the forest.

“I have never seen my indigenous sisters so motivated, so encouraged by their work… Even with all the problems that our country is going through, these women have the initiative to better their own community,” says Cecilia Rivas, the group’s “captain”.

“Captain” signifies the community’s elected leader. “The Kariña group was always dominated by men. We had neither voice nor vote before,” she explains. Cecilia’s election in 2013 marked the beginning of a transformation. The FAO-GEF project, which also aims to increase gender equality in the forestry sector, has continued this change in thinking, supporting the Kariña women in actively leading the development of their territories and the conservation of the area’s biodiversity. 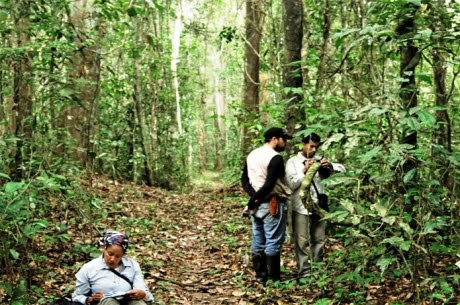 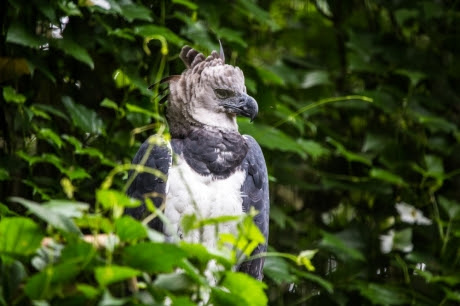 Left/Top: FAO and GEF are working together with indigenous communities to sustainably manage and preserve the biodiversity of the forests in which they live. ©FAO/Jesús Contreras Right: Imataca hosts an extraordinary amount of wildlife including the largest bird of prey in the world, the Harpy eagle. ©Lua Carlos Martins/shutterstock.com

Imataca is an extensive and hugely diverse, tropical humid forest located in the southeast of Venezuela. The biodiversity of this natural reserve is truly extraordinary and every corner of the forest is home to life. A large number of mammals, such as jaguars, tapirs, deer and howler monkeys can be seen amidst the lush vegetation. One of the most breathtaking spectacles, however, comes from its birds: it is the traditional nesting ground of the imposing Harpy eagle, the largest bird of prey in the world.

The Kariña live in small groups of extended families at the heart of the forest reserve. Many people and companies never acknowledged this reserve as the Kariña’s territory, however, and would fell trees or work there without their authorisation or consent, using these resources without any benefit to the local communities. Mining companies were particularly destructive.

“We asked ourselves, ´If these companies outside the community are not helping us, why don't we start our own business?` So the women in our community organised themselves and starting building nurseries for our trees,” Cecilia says.

The Kariña women went on to create a company, in coordination with the Venezuelan government and FAO. The company was called Tukupu in honour of a small, striped fish native to the forest that has sadly been endangered by mining, indiscriminate logging and harmful forestry practices.

“Tukupu…were very abundant on the Botanamo River, and I say that they were abundant because our water is almost running out…Everything is drying up because of mining and other reckless activities that are destroying our forest,” Cecilia says.

Once the Kariña community had created their company, the Venezuelan government granted them 7 000 hectares of the Imataca Forest Reserve to co-manage. This land has become the centre of training and restoration activities to revitalise areas which had been degraded by mining. Hundreds of nurseries are being built to grow plants that will be used in reforestation. The company also improves soils and rivers to help revive the Tukupu fish population.

Being granted land was one of the main achievements of the project. However, for Cecilia, one that was even more important was the change of mindset within her community: “We have shown that the Kariña people can successfully implement the project.” This recognition is absolutely key for Cecilia because she believes that the Kariñas are “the true guardians of the forest”. 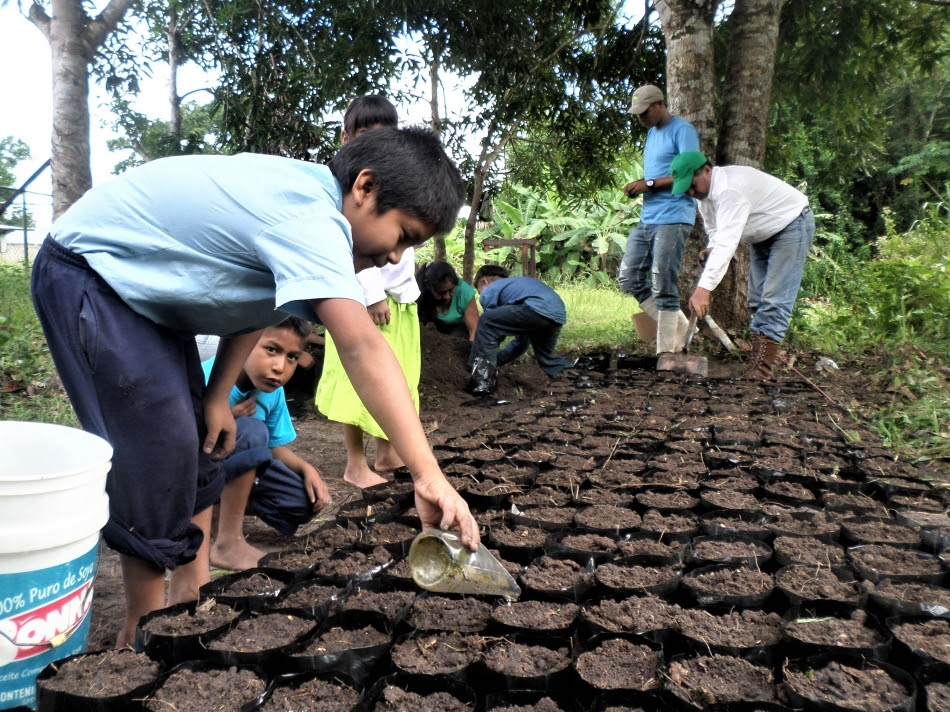 The children of the Kariña community are helping to grow seedlings that will be used for reforestation. ©FAO/Jesús Contreras

The project is also helping communities find new ways for the forest to provide for them, not only through the commercialisation of wood, but also through non-wood products. Rearing stingless bees for the production of honey is one of the project’s new innovations. Another is setting up an indigenous market in Tumeremo, a town in the southern part of the country, to sell honey and their other products, such as cassava and cassava bread.

Cecilia is optimistic about the future. “Our community is very happy about this project... If we continue like this, soon we will have enough money to buy soap and salt, and other things we need for our daily life. Right now, we are in a most difficult moment with the impact of the pandemic. It is a time to, as we say here, `eat the unripe fruits', but soon we will be able to enjoy the real fruits of our labor,” she concludes.

Around the world, indigenous peoples are the guardians of 80 percent of the earth’s biodiversity. With their wealth of ancestral knowledge on sustainably living with the land, they are key partners in preserving biodiversity, protecting our natural resources and transforming food systems. FAO is committed to working with indigenous peoples to ensure that their voices are heard and that their knowledge is shared with the world.

Posted by BlogAdmin at 8:55 AM