Pause before you Plant 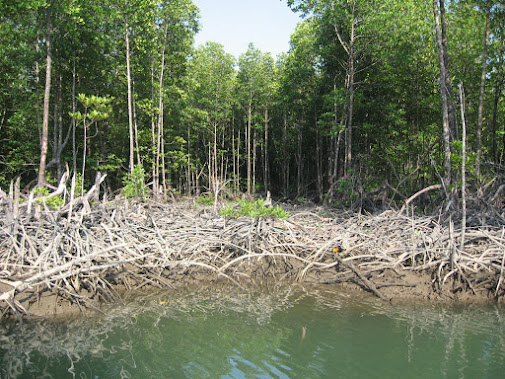 A Message from the IUCN Mangrove Specialist Group. ‘Pause before you Plant’

Despite the terrifying recent fires in Australia, California and Brazil there are grounds for hope that the world could finally start valuing its forests. Many governments now say they love trees. There is an increasing international effort to slow rates of forest decline and restore forests where they once stood. Seventy-six world leaders have just signed the Leaders Pledge for Nature, committing to reversing biodiversity loss by 2030, including the restoration of a significant share of degraded ecosystems. As we approach the United Nations Summit on Biodiversity, this shows the international community may be willing to chart a new direction in environmental decision-making. It follows several other international restoration initiatives, such as the Bonn Challenge to restore 350 million hectares of lost and degraded habitat over the next 10 years and calls for mass planting such as the Trillion Tree Campaign. This new political discourse on the importance of trees is welcome. It reflects a growing understanding that forests are essential for our future. 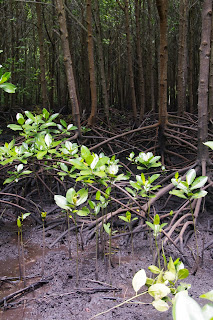 Two years ago, the Intergovernmental Panel on Climate Change (IPCC) published their Special Report on Global Warming of 1.5°C. They described four scenarios that could lead the world to this best-case level of warming. All of them require both massive cuts in new carbon emissions and removal of carbon that is already in the atmosphere, which will have to continue long after 2050, when emissions approach net-zero. Many ecosystems, including tropical forests, peatlands and seagrass meadows, are efficient carbon sinks; mangrove forests are amongst the most powerful of these natural allies against climate change. The more these ecosystems can be preserved and expanded, the less reliance we will have on untested and (in some cases) yet-to-be invented technologies for carbon removal. Carbon-rich ecosystems typically bring many co-benefits – with mangroves, these include coastal protection, production of food, other natural resources and medicines, and habitat for biodiversity.

Short-term thinking often drives deforestation and so removing forests frequently makes no economic sense. The case for ‘nature-based solutions’ (enhancing natural ecosystems that trap and store carbon and provide many co-benefits) is overwhelming. We have made substantial progress in conserving the world’s mangrove forests; in some respects, this is a conservation success story. 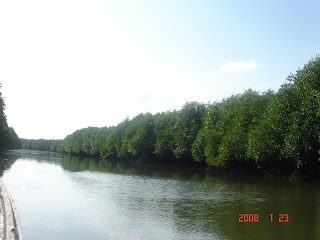 We are still losing them, but rates of loss have declined from 1-2% to around 0.13% per year over the past three decades. Many countries, including Sri Lanka and Indonesia, have made serious and high profile commitments to conserving what mangroves remain. Major international campaigns are raising the profile of mangrove conservation and channelling funds towards their conservation and expansion. However, mangrove experts express concerns about simplistic calls for mass planting, for four reasons:

Mangrove restoration can work. The coasts of many countries are scarred with abandoned shrimp ponds, man-made salt pans, stump-strewn mudflats where mangroves had been cut for charcoal or timber and marginal agricultural fields. Where the damage is severe, for example when excavation has caused gross subsidence, these sites may be beyond saving. Happily, that is rare, and many damaged areas can be restored to mangrove forests. Groups such as the Mangrove Action Project have refined ecological techniques of rehabilitation that emphasise restoring the right conditions for tree growth and allowing nature to do the rest: ‘ecological mangrove restoration’. And sometimes it does make sense to plant trees directly. In the Philippines, for example, there is an urgent need to protect coastlines left vulnerable to the frequent tropical storms. 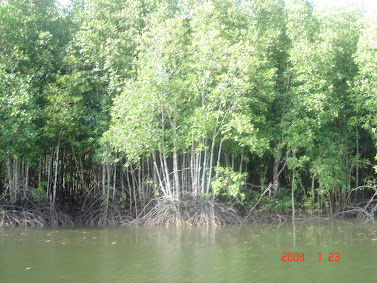 Planting naturally available wildings has restored mangrove cover to abandoned fishponds much faster than the 15-20 years that might be needed by natural regeneration alone. Another example comes from Kenya, where areas of former forests had become so saline, as seawater evaporated without the protection of a canopy, that trees could not regenerate naturally and needed some help in getting established.

So planting mangroves is not bad per se, but planting the wrong species in the wrong place is. There is no single solution to mangrove restoration. Rather we need to pause and think through the right interventions for each site and context to produce a diverse and resilient forest.

It is time to put our protective arms around the Earth’s forests, including her mangroves. This means, above all, preserving what we have. It also means increasing total forest cover, on land and along our coasts. If we co-operate with nature– by bringing back the circumstances that allow trees to establish and grow – she will do much of the work for us. Sometimes we will need to help by directly planting trees. We should all now be tree huggers. When needed we should be tree planters too, but let us pause before getting our spades out to make sure we are digging in the right areas and for the right reasons.