Venezuela is among the top 10 most biodiverse countries in the world, with irs portion of the Amazon rainforest, savannas, Andes, tropical beaches, the highest waterfalls in the world, and 8000 species of animals (world’s 5th highest total).  Now, this same country has rampant mining, and an oil industry with years of under investment in safe infrastructure, and now spilling thousands of barrels of oil into the ocean.

Very few organizations dare to speak about this reality.   Here are some of the fossil fuel issues impacting Venezuela

1)      Oil Spill(s) at Morrocoy National Park:  This is a strip of coastline with pristine beaches and fragile ecosystems like mangroves and coral reefs, that according to the Venezuelan Society of Ecology (SVE) will take more than 50 years to recover, after multiple oil spills.  Many mollusks have probably died instantly on contact with oil, and spills also threaten the livelihood of fishermen.

According to SVE and Simon Bolivar University, and using satellite images, the first leaks covered 55km of length and an area of 68 sq Km.  The government (who owns the Refineries) hasn’t addressed the spills. These constant hydrocarbon spills originating in PDVSA facilities are affecting the coastal marine ecosystems in Venezuela. Particularly, the Morrocoy spill is affecting the Cuare Wildlife Refuge, Ramsar Site No. 414, designated by the Wetlands Convention 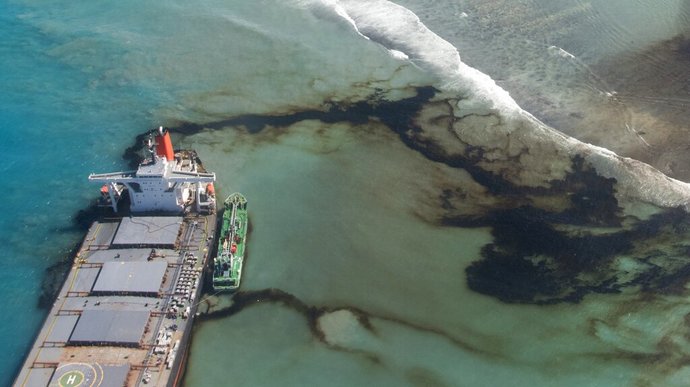 This is not an isolated oil spill, according to the New York Times, Venezuela has had 46,820 oil spills from 2010 to 2018, before sanctions on the industry took place, which are the excuse from government officials.   According to experts and people that used to work in the Venezuelan oil industry prior to its collapse, the oil spills are a result of the years of under investment, minimum maintenance and unqualified labor hired based on political alliances rather than expertise.  In fact, the BBC reported in August 2020 that PDVSA, a once-powerful oil company, is a shadow of its former self after decades of under-investment and lack of maintenance. Many of its most capable petroleum professionals are among the more than 7M Venezuelans who have left in the last decade. 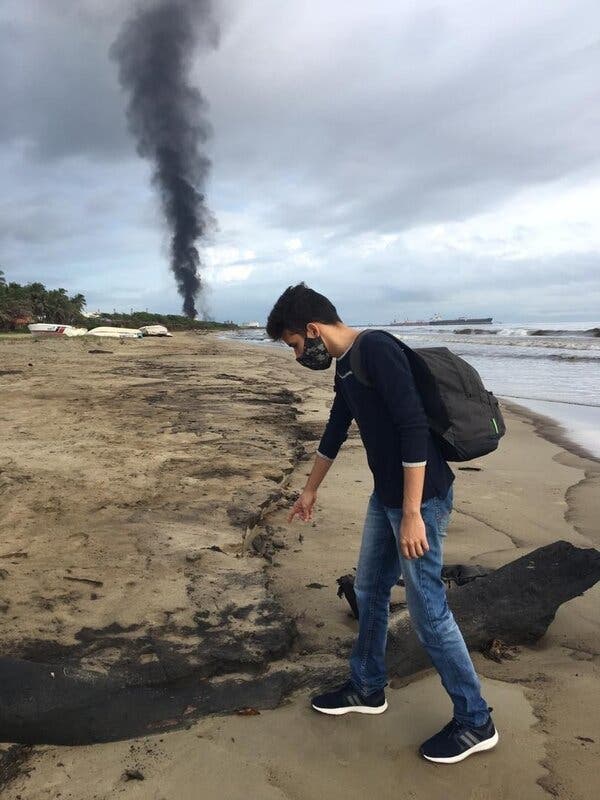 2)      Oil Spill in Rio Seco:  Between August 10-12, 2020  there was a big oil spill in an underground pipeline that goes to a Refinery.  That was reported via Twitter in September by Prof Eduardo Klein, who is the Coordinator of the Center for Marine Biodiversity at Simón Bolívar University, and Member of the Caribbean Marine Atlas -2 Steering Group.

The site was later shown by a fisherman concerned about it, who decided to record a video, as the Venezuelan government had not yet informed anyone about it.  As of September 29th, the leak didn’t seem to have been contained.

All of these oil spills are unreported by PDVSA or government officials.  The people in the communities affected usually end up reporting on them, or researchers with satellite images.  The objective is clear --to avoid public outrage, which has been effective so far.  The oil spills affecting Mauritius Island were very well covered internationally by the press, TV channels and Twitter.  However, according to Forbes, Venezuela’s Morrocoy oil spill alone, was 3-4 times as big as Mauritius.   So, the dark strategy to avoid reporting on leaks is definitely paying off, though not in a beneficial way for the local communities and marine life affected.

The root problem goes back to the last couple of decades as explained by BBC.   Oil prices were down to $10 a barrel by 1998, but then oil went up to record prices during the last 20 years.  However, the government never reinvested in its industry, and the proceeds of the bonanza are now gone.

Meanwhile, oiled beaches and are adversely affecting Venezuelan communities, flora and fauna.  The international community and environmental activists are also not involved as they are in other places in the world.  The fossil fuel industry is not a clean one, but this systematic ecocide is beyond even their low bar.  There is a quota of social responsibility, regardless of the industry.  Companies should inform when there is an environmental catastrophe, whether the industry is clean energy or not, and that’s not happening.