THE MANGROVE-QUARANTINE CONNECTION (via Linnaeus and Europe) 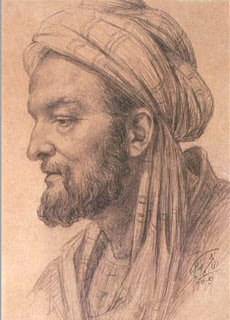 THE MANGROVE-QUARANTINE CONNECTION (via Linnaeus and Europe)

Recently, I gave an Introductory Mangrove Webinar course covering Biology and Utilization. The bullets below came from slides on the Mangrove-Quarantine Connection with desktop research mainly from Google.

1.The dominant mangrove genus Avicennia was named by Linnaeus in honor of Avicenna, the Latinized name of the great physician Abu ‘Ali al-Husayn ibn Sina (ca. 970–1037), who first developed the quarantine method which became mandatory across the Islamic world to prevent leprosy.

2. This was among the medical methods described by Ibn Sina in The Canon of Medicine published in 1025. The Canon became a cornerstone of modern medicine; the global medical community used it as the main lecture book in the Islamic world and Europe for almost 600 years.

3. The isolation method became more common in European transcontinental meeting points, especially during Black Death plague and other epidemics. Venetian merchants adopted it as a 40-day quarantena for docked ships before passengers and crew could go ashore.

4. The successful control of epidemics led to the adoption of the present English term quarantine (for the isolation protocol, regardless of duration) from the Venetian quarantena, rather than the original Arabic “al-Arba ’iniya” – the latter two phrases both referring to 40.

5. With expertise in many fields including astronomy, mathematics and theology, Ibn Sina was best known as a physician. He has been called the Father of Early Modern Medicine, and his life was depicted in the 2013 film The Physician.

NOTE - Avicenna was not an Arabian, he was "Tadjik", a Persian speaker who lived in Asian cities far from Arabic lands.
Posted by BlogAdmin at 10:07 PM